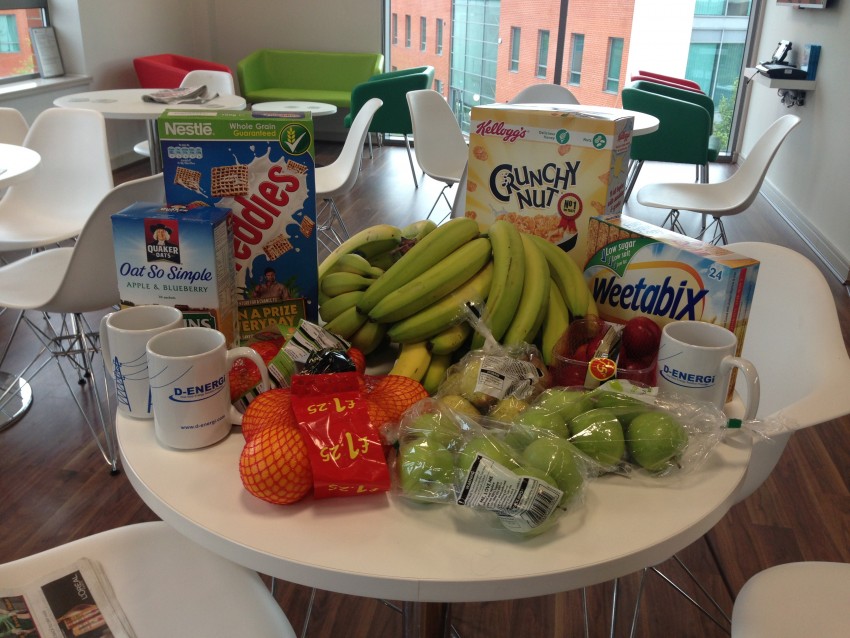 D-ENERGi from now on offer free fruit and cereals to help support all its staff healthy eating habbits. This provision is for all staff and has been well recieved. As an investors in people organisation D-ENERGi is commiteed to providing creating a modern caring,  productive working enviroment.