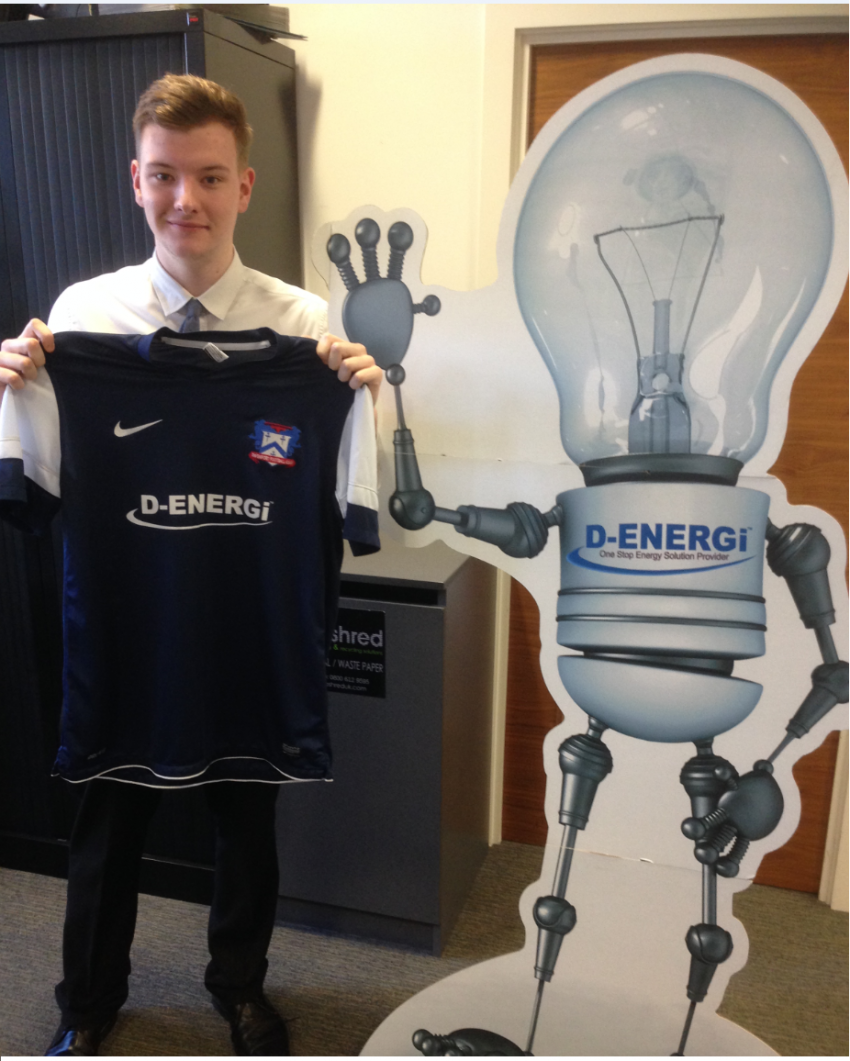 D-ENERGi are delighted to help and support Daventport FC who play in the Cheshire East leagues. This is the football team of our youngest D-ENERGi team member. D-ENERGi takes it corporate and social responsability seriously and has been delighted to help out for its away kit. The away kit comprimises the Europen D-ENERGi Trademarked logo which will now appear on all are future stationery branding and marketing materials. Good luck to Davenport FC for the remaining season!