To learn more about the Energy Bill Relief Scheme and how it effects your business, click here

We would like to take this opportunity to reassure our prospective and existing customers and clarify the following on the Energy Bill Relief Scheme (EBRS):

D-ENERGi have teamed with up the Lancashire Care Home Association members to offer reduced gas and electricity rates to their members. 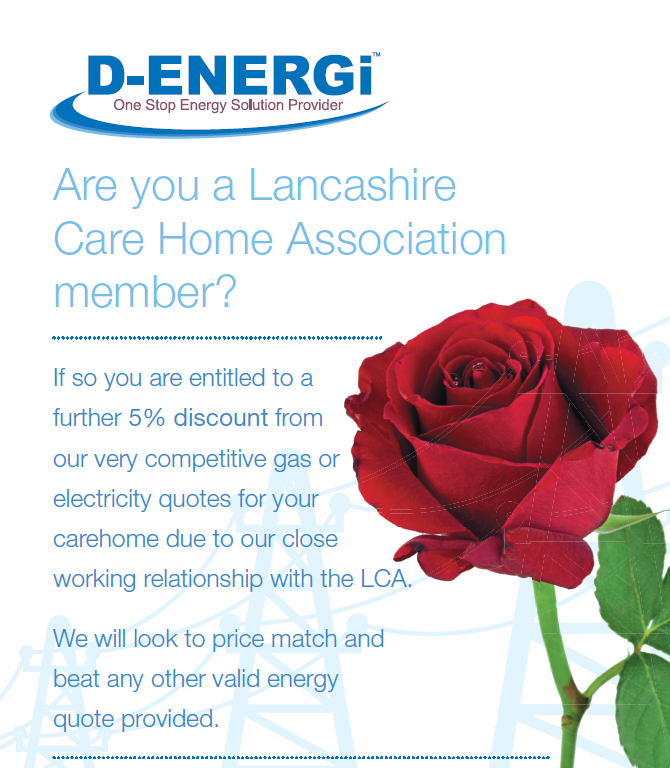