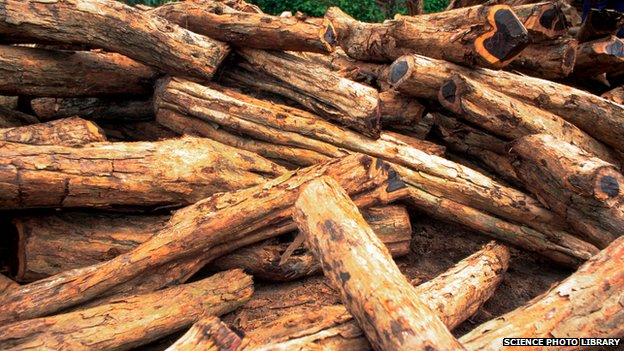 Burning wood to fuel power stations can create as many harmful carbon emissions as burning coal, according to a government report.

But the report from the Department of Energy and Climate Change (DECC) shows sometimes much bigger carbon savings would be achieved by leaving the wood in the forests.

This suggests power firms may be winning subsidies for inadvertently making climate change even worse.

The report has caused controversy within DECC as it indicates the initial subsidy rules were much too simplistic.

The government has now promised to strengthen the regulations on burning wood, and to make standards mandatory.

Environmentalists applauded the move but said they wanted to see details and a timetable for the new rules. They insisted that the proposed new regulations must be based on the new document.

Burning biomass – such as wood – is not a zero-pollution option. It creates greenhouse gases to cut and transport the wood, and when the wood is burned.

But supporters say that so long as the burned vegetation is replaced by new plants to absorb CO2 that should confer a significant advantage over using fossil fuels.

And it counts as renewable energy because new trees soak up the CO2 emitted by the burned trees.

Burning whole logs from natural forests would be counter-productive, the report says, whilst generating power from wood waste that would otherwise be burned at the roadside could provide benefits for the environment overall.