As a result of industry changes, we are unable to contract switch start date between 19th – 22nd July. Please read our blog on “Faster Switching” to learn more. 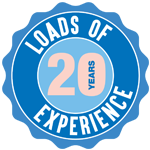 Posted on Feb 2, 2016 by D-ENERGi
D-ENERGi have teamed with up the Lancashire Care Home Association members to offer reduced gas and electricity rates to their members.
Read Article
2 Feb

Posted on Feb 2, 2016 by D-ENERGi
D-ENERGi to set up Corporate Sales Team D-ENERGi will be looking to set up a corporate sales team which will specialise between 15+ to 500 sites.  All corporate customers will have free access to our dedicated customer portal. The customer portal is a free service available to all of our live customers where you can check you gas invoices Check your daily gas consumption Check your customer details Contact us   D-ENERGi has established an enviable reputation supply energy to the SME markets. D-ENERGi currently holds over 20% market share of all independent hotels throughout the UK. D-ENERGi are looking to now add more established larger brands to their portfolio of happy customers.
Read Article
2 Feb

Posted on Feb 2, 2016 by D-ENERGi
Burning wood to fuel power stations can create as many harmful carbon emissions as burning coal, according to a government report. UK taxpayers subsidise energy firms to burn wood to meet EU renewables targets. But the report from the Department of Energy and Climate Change (DECC) shows sometimes much bigger carbon savings would be achieved by leaving the wood in the forests. This suggests power firms may be winning subsidies for inadvertently making climate change even worse. The report has caused controversy within DECC as it indicates the initial subsidy rules were much too simplistic. The government has now promised to strengthen the regulations on burning wood, and to make standards mandatory. Environmentalists applauded the move but said they wanted to see details and a timetable for the new rules. They insisted that the proposed new regulations must be based on the new document. Whole trees v wood waste Burning biomass – such as wood – is not a zero-pollution option. It creates greenhouse gases to cut and transport the wood, and when the wood is burned. But supporters say that so long as the burned vegetation is replaced by new plants to absorb CO2 that should confer a significant advantage over using fossil fuels. And it counts as renewable energy because new trees soak up the CO2 emitted by the burned trees. The DECC report says a key error in the government’s previous calculations was a failure to acknowledge the different types of impact that can be created in different types of forests when wood is removed to burn. Burning whole logs from natural forests would be counter-productive, the report says, whilst generating power from wood waste that would otherwise be burned at the roadside could provide benefits for the environment overall.
Read Article
< 1 2 3 4 … 170 171 172 173 >